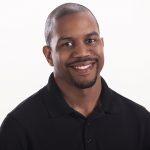 In 2016, Jamal Daramy embarked on a journey that would change his career path forever. He learned the ropes of being an independent contractor in the gig economy and realized it offered flexibility and financial freedom.

Jamal worked as a full-time technician at DIRECTV for six years and as a kitchen planner at IKEA before pursuing a career as a “gigstacker.” At DIRECTV, he learned about cabling, troubleshooting issues, and the nuances of working with a variety of customers. At IKEA, he used his spatial skills to help consumers plan kitchen remodels, ensuring the sizing and placement of their cabinets and appliances met the customer’s needs and aligned with the location of the room’s utilities.

While at IKEA, Jamal decided to take on a second job to increase his income but found it challenging. In retail, the dates and times of his shifts changed each week. He never knew when he’d be available, making it difficult to commit to another employer. Then, Jamal’s brother asked him to assist with several side-gigs where a second technician was needed. Now, he had access additional income at a time and place that worked around his lifestyle.

Ramping Up and Getting Better with Every Gig

As Jamal began to ramp up the number of jobs he was bidding on, he needed to get organized. He created a  prioritized list of gig platforms ranked by earning potential and flexibility. Each day he checks the list to plan and achieve his income goals.

Jamal also believes in never making the same mistake twice. With his notebook in hand, Jamal tracks any tips or pointers he learns to improve with every gig. If he makes a mistake, he corrects it and notes it down to prevent it from occurring again. Jamal continues to advance his skills through on-the-job learning, as well as the pursuit of multiple technical certifications.

Professionalism: How to Gain Trust

In Jamal’s experience, it is hard to get started – you have to gain trust (ratings) and a client base to be successful. He advises new providers to be wary of applying for jobs where their skills and tools aren’t a match. He explains, “I never apply for a job without checking to be sure I have all the tools required. For computer work, it’s usually a screwdriver and other basic tools, but for cabling jobs, I’ll need my 10-foot ladder, cable, crimpers, and more depending on the description. It doesn’t help me or the customer to arrive unprepared.”

One of his project managers at a recent gig gave him some wise advice: choose a niche, apply for everything, and master it. Your ratings will increase and so will your success. “Ratings will make you stand out on any platform. Be patient and persistent, they’ll come but it may take a little time. Just don’t give up,” counsels Jamal.

Onsite Success Starts at Before the Job

When arriving at a job, Jamal makes it a priority to do his homework. First, he reviews the job description and related documents. If he has a question, he reaches out to customer support, another technician, or the client before arriving on-site.

Many of Jamal’s peers were apprehensive about embracing the gig economy full-time. So, in January 2017 he launched the Gigstacker YouTube channel. “I was terrified to leave my regular job and start doing gigs full-time. To make the leap, you need someone to show you the ropes. I was lucky and could learn from my brother. My videos are designed to give viewers a live look at this lifestyle. I want them to see that it’s not scary. I’m doing it and having fun,” said Jamal.

His videos are both practical and inspiring, often including ride along commentary as Jamal uses a variety of platforms and takes on new cities.

For Jamal, flexibility is not the only advantage of the gig economy for Jamal – it’s an integral part of his pursuit of financial independence. “The gig economy allowed me to relocate to San Diego stress-free in 2018. My savings from it supported the move, but more importantly, I knew I could find work easily and immediately once I arrived in my new city.” In the first 30 days in San Diego, Jamal has completed jobs from Field Nation, Amazon Flex, and Saucey. In 2018, he plans to add Turo, Lyft, and several other platforms.  “I love the variety of work,” stated Jamal. “Whether it’s delivering Amazon packages during the holidays, liquor to private parties, or helping to set up monitoring devices for an elderly woman, I love it all. It’s a fun way to make money. Every day is an adventure.”

In 2017, Jamal made the most money on Field Nation, a gig platform for IT technicians. In 16 months on the platform, he’s completed more than 100 jobs and earned a five-star performance rating. “With Field Nation, I can find work virtually anywhere,” said Jamal. “If I want to go to Houston for a week, I can find gigs there. If I want to spend a weekend in Los Angeles, Field Nation is there too. When I moved to San Diego from Baltimore, the platform allowed me to switch locations immediately. Within five seconds I can apply for a high-earning gig, often one that lasts for more than one day.”